Unlike other variety show, Busted! is a combination of a variety show as well as drama. Personally feel that the stages and plots the PD and team place is really to the next level and the amount of brain and strength they need to use.

Episode 1: M invited the members to a murder game party hosted by his boss, K. The game started when M really got shot by unknown and the party immediately transits into a crime scene.

Episode 2: Finding evidence on Jeju Island. Just hilarious to see how the female members have more courage to approach the live snake as compared to the male members. How fearless Min-young is. 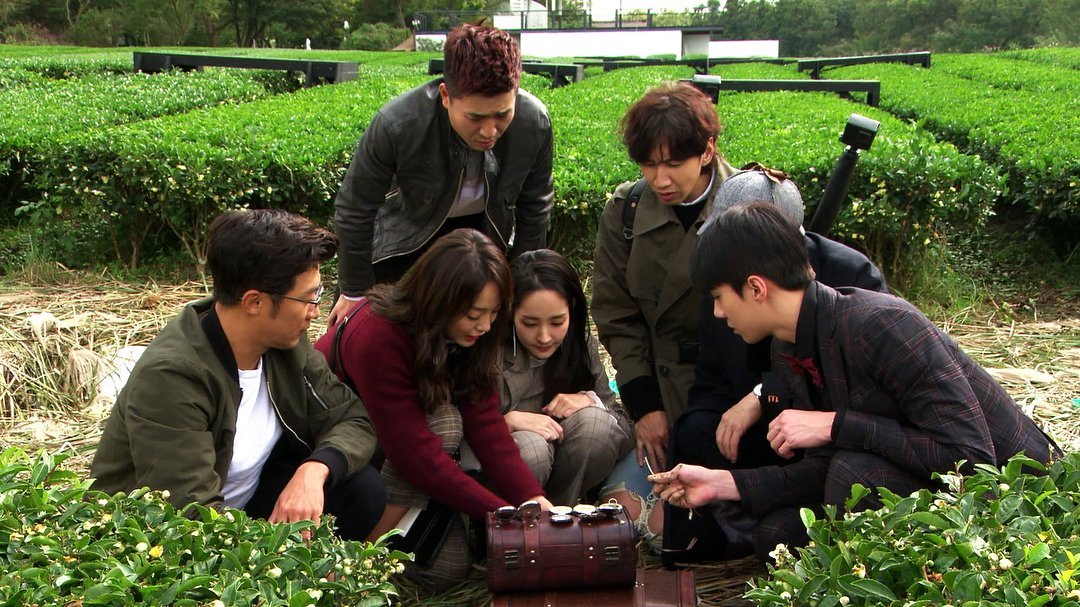 Episode 3: K called the team that is resting in Jeju and broke the news that Kwangsoo is the murderer. As a prime suspect, Kwangsoo fled the apartment. The process of him running away is funny, and also in the midst of that, he is trying to find evidence to prove his innocence.

Episode 4: Diary from the dead, school girl, new leads for them. 5 actors came into the show as the special guest as well as the link to the girl who was murdered. All 5 of them instantly became suspects and the detectives will try to find more evidence to locate the real murderer.

Episode 5: The last vampire. Members started the episode while travelling to this mysterious island.

Episode 6: Battle of the detectives. Up against the original members, Busted! crew hire another group of detectives (made up of Celebrities including Wendy from Red Velvet and others). Really impressed by their teamwork and many are brainy which took them a short time to solve the clues.

Episode 7: Magician disappeared? Murdered? The detectives embark their journey on an island to find more clues.

Episode 8: Mysterious man appears, solving a murder case back in the 90s.

Episode 9: Transporting the Criminal (which links from the first episode). How the detectives end up got locked into their individual cells and the process of trial-&-error to get themselves out with the help of the failed test subjects roaming outside.

By now, you should be watching it by yourself and finding the answer behind the boss, K. But here’s one of my favourite game in the episode that made me laugh.

Instead of Lee Kwang Soo, season 2 we will be expecting Lee Seung gi instead. Confirmation by the PD of Busted! in early November.

Hope the second season is as good (or even better) than the first season!

2 thoughts on “Guide to Busted!”