No. of episodes: 16
Genre: Romance, School

Recently completed the series that was aired in the later half of 2018. The drama was adapted from a webcomic series.

Watched this since it touches the most popular yet sensitive topic in S.Korea, cosmetic surgery (the term we know will be plastic surgery). How a person deal with it, how her family and friends deal with it. Why they want to get it done and how it will affect their lives after it.

Kang Mi Rae (acted by Im Soo Hyang) is rather mature to act as a 1999 college student so when her outfit change even slightly, it will definitely show contrast with whoever that is standing beside her. Especially her Best Friend, Oh Hyun Jung (acted by Do Hee), a petite girl.

Do Kyung Suk (acted by Cha Eun Woo, ASTRO) is the male lead which extraordinary good looks who does not like pretty female and likes to go solo. I guess majority of the viewers started this drama because of him.

To me, the supporting roles are exceptionally outstanding and there are quite a number that caught my attention. I’m pretty sure that it is also hard to find someone to fit the female lead role (you will understand why when you read the synopsis.) Source (1)

Let’s start with Na Hye Seong, Do Kyung Suk’s mother (acted by Park Joo Mi), really sad backstory that caused her to leave her 2 precious children and back stab by her ex-husband which she later find out when they reunite.

You can really see the gender discrimination part of the reality in her part of the story. When the “husband works and wife must stay home to do housework and look after the kids“. 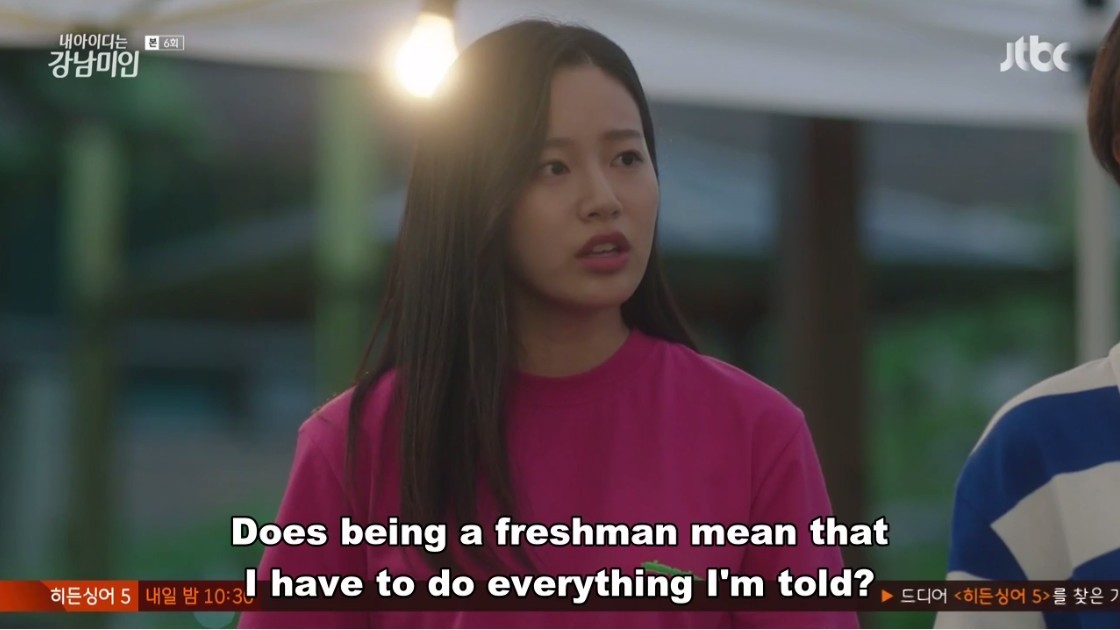 Moving on to the college student portion, Yoo Eun (acted by Park Yoo Na) caught by attention with her acting, mostly wardrobe and also the character in the drama. The supportive friend that will be there when you need even if you did not cry for help.

Her popularity increases when netizens found out her friendship with Cha Eun Woo and also her role in the highest viewership drama SKY Castle.

What I guess this drama conveys to me,

Humans are stereotypical beings that always judge the book by its cover. You are one of them too. Be less judgmental and do what makes you happy.

Rating will be split into a few portion:

Where to watch it? Netflix, Viu SG.

2 thoughts on “Review: My ID is Gangnam Beauty”