One of the most re-watched Hong Kong drama which I even bought the entire set of DVD (that’s the only option during the period).

Here are the three reasons why you should watch it too. 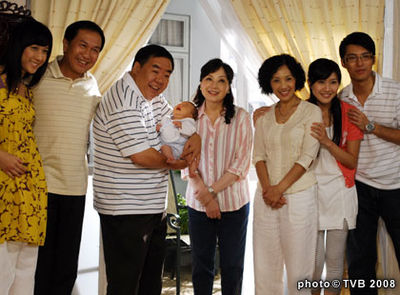 Every character in the drama have its development and growth that allows the actor/actress to perform.

#2 Linda’s role as a hooligan

Instead of her usual good girl roles, this is one of the “out of the norm” role she took on. Even though she got criticizes quite badly, but I guess you will never know if you don’t try.

Sze Ka Ka (acted by Linda Chung) was neglected by her father and grew up in a broken family after her mother passed away and her father remarries.

Growing up in a family with whim father, step mother in total control, step brother always want to take advantage of her etc, she want astray.

#3 Steven Ma and Linda’s n time as a couple

If i’m not wrong, they acted as a pair for 5 different dramas and this is one of my favorite among the rest. Other dramas are like A Watchdog’s Tale (aired in 2009) and Daddy Good Deeds (aired in 2012).

This couple went through a lot before they get together since they are brought up differently and they went through inner struggles before accepting their feelings. After Shing Yat On (acted by Steven Ma) pull her back to the correct path and eventually married, their story does not end there.