I mean, if there’s any movie with either Adam Sandler or Jennifer Aniston, I will definitely catch it.

So recently Netflix is promoting heavily on the new movie Murder Mystery by Adam Sandler and Jennifer Aniston. Ever since that caught my eyes, I’ve listed it until a good time to watch it.

Soon enough, here comes the weekend when you can relax a little more and enjoy a movie.

Basically, the Spitz is celebrating their 15th Anniversary (or rather, the long overdue honeymoon) with a trip to Europe. A trip that should happen 15 years ago when Nick (acted by Adam Sandler) promised Audrey (acted by Jennifer Aniston) that he will bring her there soon.

On the flight there, Audrey sneaks to the first class bar area where she met Charles Cavendish, and he invited the couple over to the family yacht to celebrate his elderly uncle’s upcoming wedding with his former fiancee, Suzi.

So one thing leads to another, his uncle was killed before signing the new will and everyone in the room became suspects. Long before, the newly joined American couple became the prime suspects. 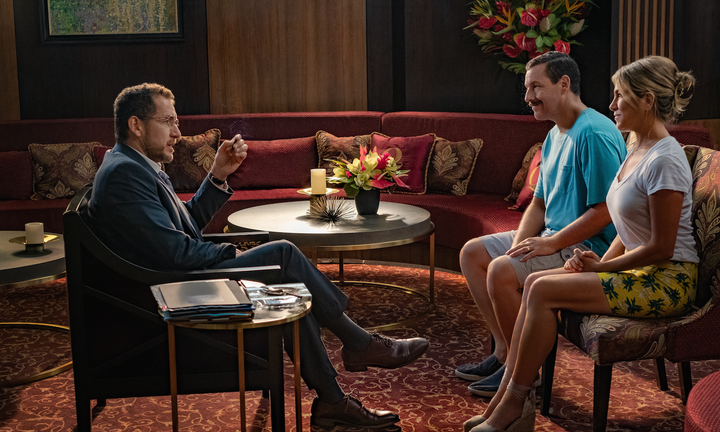 More died while Nick and Audrey are trying to find the murderer and it is really funny yet serious at the same time.

The plot twist and I did not guess the murderer correctly. The entire movie is enjoyable and I might rewatch it again if time permits.