Lately, I have been into IZ*One after I caught the fever from Produce X 101 which links be back to the previous seasons.

IZ* One (아이즈원) is a project group through Produce 48 back in 2018. The 12-member girl group debuted in October 2018 with La Vie en Rose. I heard the song and watched their performance during MAMA Hong Kong, but I wasn’t hooked back then.

After downloading La Vie en Rose, it was on repeat every day. After watching Produce 48, I really admire how much the girls been through, especially Chae Yeon, and want to find out more.

No. of episode: 4
Original network: Mnet

They started filming IZ*One Chu immediately after they are confirmed as members. In the first episode, the girls will be moving in together and start their journey as Kpop idols.

The girls are separated in 2 dorms, each stays 6 members. 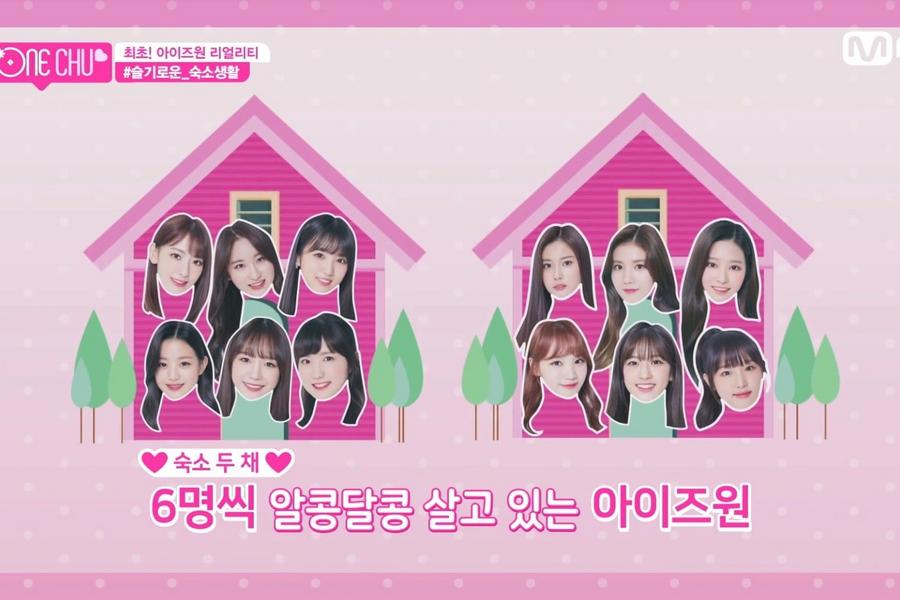 Really like to watch the daily live in a idol dorm, so many things happen and honestly, I like how they are not very masked by the “idol image”. Especially Ye Na (ultimate bias wreaker here)!

The members and production team have decided to conduct their “camp” in Japan and also to visit Hitomi’s family.

The Chaeyeon and Kura’s ship is strong.

See the girls rest and relax, bonding more while they are taking a break from preparing the big debut. Before they officially debut, Eun Bi suggest that they should pay a visit to those they really want to thank or spend time with.

Naturally, the members split into different teams to visit their mentors during the Produce 48 period. Only Sakura and Ye Na have their own plans and did not follow the rest.

Ye Na went to her family (which is really sweet to see how close they are.) and Sakura stayed in the dorm as the people she want to thank the most, her members.

She drew this really cute picture of her version of IZ One and printed it on a shirt for everyone. Just really sweet of her to do that.

Still not familiar with the members?

Here you go. (Based on the ranking in Produce 48, credits to hiliqht)