After watching both the Taiwan and Singapore’s version, I was pretty sure that you can watch just either one of the version but it is quite confusing when the plots cut in and out.

There are scenes that appear in both Taiwan and Singapore’s version.

Recommend to start with Singapore’s Episode 1 when you will know more about the background of Eric (acted by Elvin Ng) and Linda (acted by Fann Wong).

Recommend to start with Taiwan’s Episode 1 If you are looking to know more background about Guo Hao Sen (acted by Blue Lan) and the reason why Fan Xiao Ai (acted by Joanne Tseng) leave Taiwan.

Aimlessly started watching the Taiwan version first and the drama started off with the brutal murder on the missing ship.

The scene then move to Eric’s business trip to Taiwan where the ATM of the bank was hacked by hackers and stole $600K TWD. The case is also in the Singapore’s version but not as elaborated.

Xiao Ai move to Singapore with the initial thought of setting up a cafe to be her own boss. However she met Hao Sen at the airport and found out her pottery teacher is actually the owner of the biggest bank company, Teng Seng Bank, her target move to him.

Wu Pin Rui (acted by Desmond Tan) is said to be the biggest villain against Hao Sen. Will anticipate more of that business “strategy alliance” part from them. 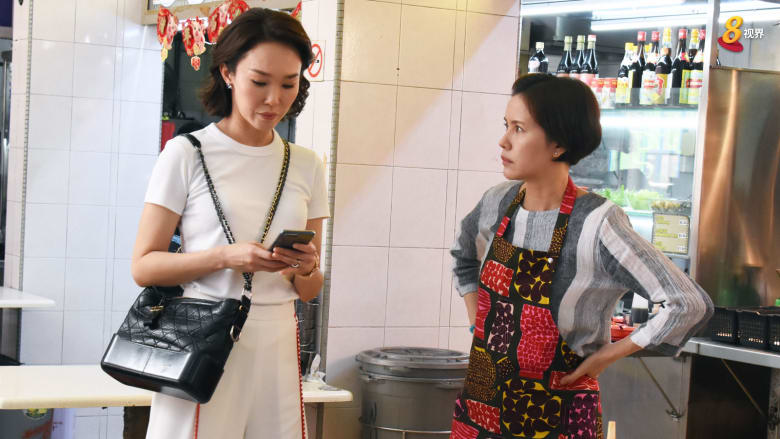 The rare scene we have both the “ah Jies” from Singapore. Fann Wong and Zoe Tay in the same drama, even though just for small supporting roles, I feel that Zoe Tay really plays the character well.

This is just my personal take on the split version.