Honestly, it is not a really well-written drama but with a good cast. It takes two hands to clap and create a brilliant drama altogether. Relatively easy drama to watch if you understand Cantonese, multitasking is definitely not a challenge.

Dai Gum Zai 戴金仔 (acted by Kent) is a ruthless yet licensed loan shark in Hong Kong. His wife, Zhu Lu Si Rose 朱露絲 (acted by Maggie Shiu) hates that he is doing things illegally to collect the bad debts, so she is actively participating in charity events to spend all the money.

Gum Zai survived a lightning strike while fighting with his nemesis and survived with a kinder heart. Keung Kiu 金牙嬌 (acted by Kingdom Yuen) is Gum Zai’s stepmother that was released from prison after a decade. She came out fierce and wanted powers in the gang (company) that Gum Zai started.

This is a fresh combo from the good batch of actors from TVB. Ben Sir (acted by Lok Yi Lai) is the nemesis of Gum Zai, the cop that wants to throw him behind the bars for the longest time. He then met Mary (acted by Mandy Wong) who came back from London and also Gum Zai’s wife’s younger sister.

Not knowing her brother-in-law is doing illegal business, she was devastated when she found out and left home to stay with her best friend, Man (acted by Lesley Chiang), also a neighbour of Ben Sir. Romance sparks…

Since Mary moves in with Man, Duncan (acted by James Ng) visit her often to buy daily necessities. Man working under Ben Sir, did not like Duncan as a lawyer defending Gum Zai every time. Mary is the bridge the links them up and after which their romance starts to sparks thanks to Man’s grandmother. 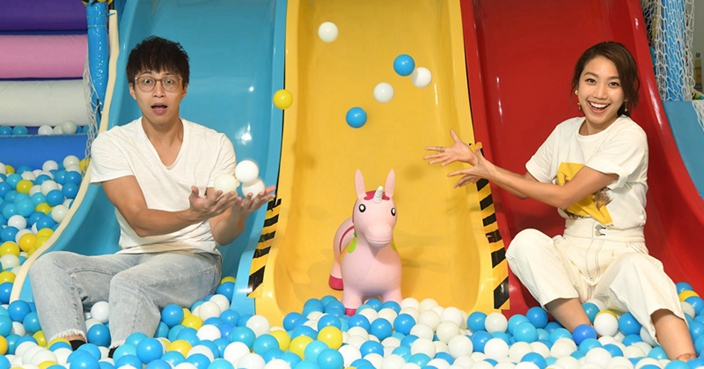 I would say from episode 20 to 25, things began to look exciting. However, it is a long journey to get there from a viewer’s point of view.