Unexpectedly nice drama to end off 2019.

Ding Shin Hei 丁信希 aka Hei Shen (Owen Cheung) is a IT graduate that taking odd jobs in various companies to survive. His hobby is to play various games with his group of IT friends living in the digital world. Faye 王子菲 (Katy Kung) is a founder of iTogether, a tech start up firm in the industry together with her co-partner/ co-founder, Marcus 許正偉 (Jason Chan).

DISCLAIMER: For those who do not wish to be spoiled, you can check out my first impression here.

Previously due to some misunderstanding, Hei Shen develop phobia whenever Faye stand close to him. Faye still want to scout him in her start up company, iTogether as she realize his talent and potential.

Having a father in the real estate firm, his company wanted to redeveloped Hei Shen’s house and use schemes to chase them out. Faye stood in front of them to protect them and even move in the rooftop and sleep in sleeping bag to protest.

Courting his goddess together

Moment 張萊 (Moon Lau) is a nurse that Hei Shen fell in love at first sight when she happen to help him out in a supermarket. Moment is Marcus (Jason Chan)’s girlfriend, however, their relationship is at stake and eventually broke up.

Faye knows that Hei Shen likes Moment and always disturb him and indirectly help him to pursue his love after Marcus and Moment broke up.

Hacking on the next level

Every obstacles that Faye met and swallow it herself, after Hei Shen understand it, he will use his methods to secretly help her solve problems.

The death of Faye and Moment’s youngest brother was a huge blow to all of them and must worst for Faye and Hei Shen who witness the exact moment. Instinct tells them it was not a suicide, so Hei Shen went to find out the truth and return it to the family.

One wave after another

After Marcus and Faye is finally together, things gets complicated because he is jealous of the close friendship Faye and Hei Shen have. 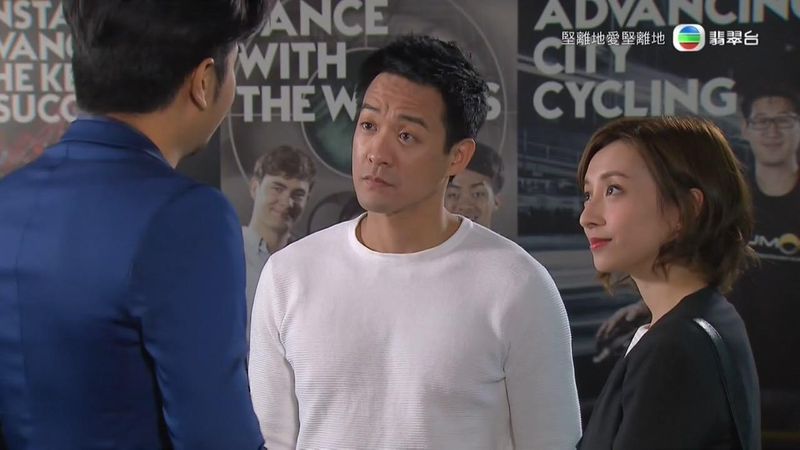 Vicious and cunning Marcus create things to separate them which reached to another level that involves two families.

Thankfully Faye is not those girls that are fully blind by love. Eventually discover the loopholes and went to investigate. Faye and Marcus ended their short-run relationship and iTogether was placed in a dangerous spot as well.

How will it end?

At every end of an episode, don’t miss out on the short clip of the “behind the scenes” that was cut out from the main drama.